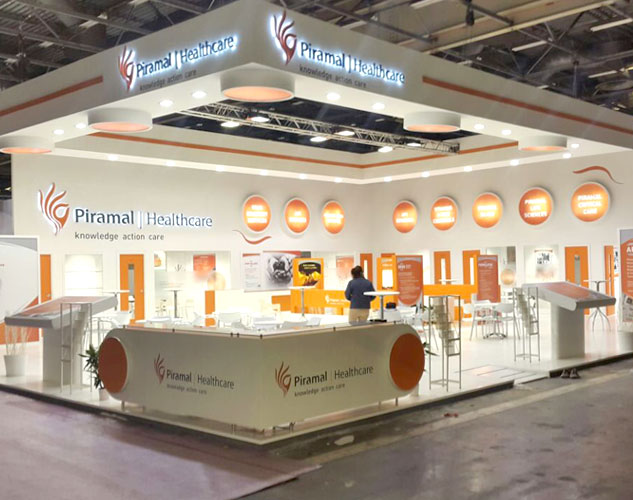 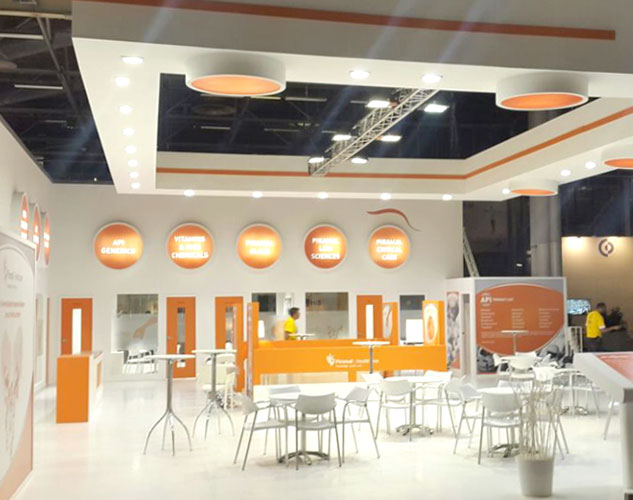 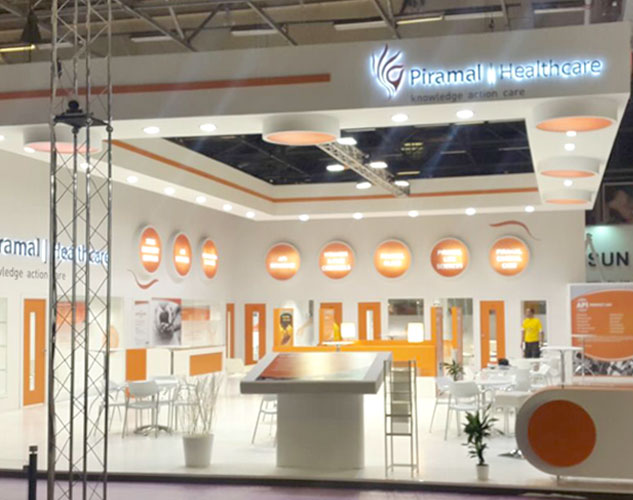 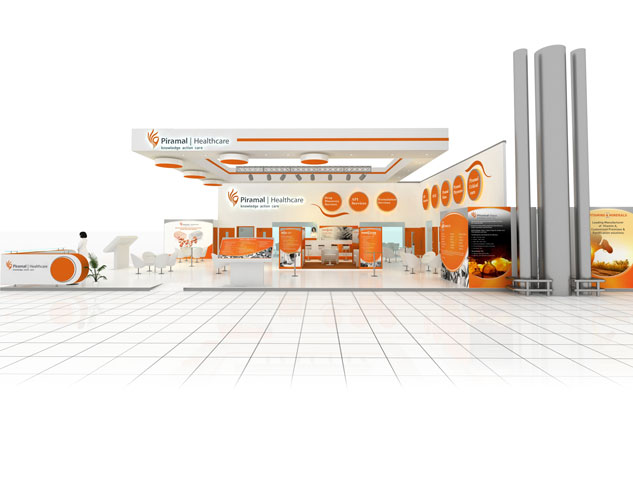 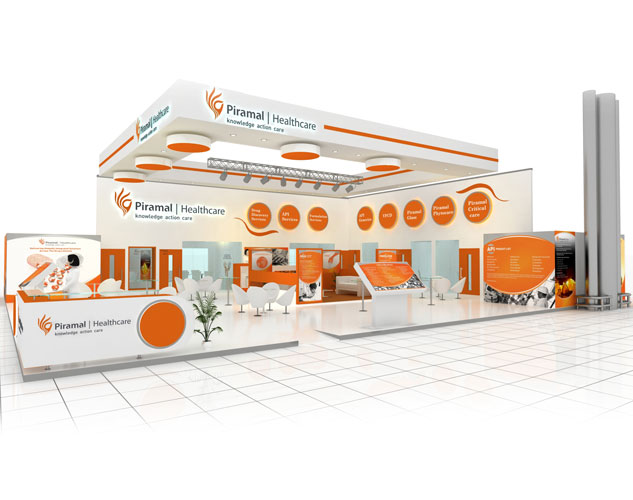 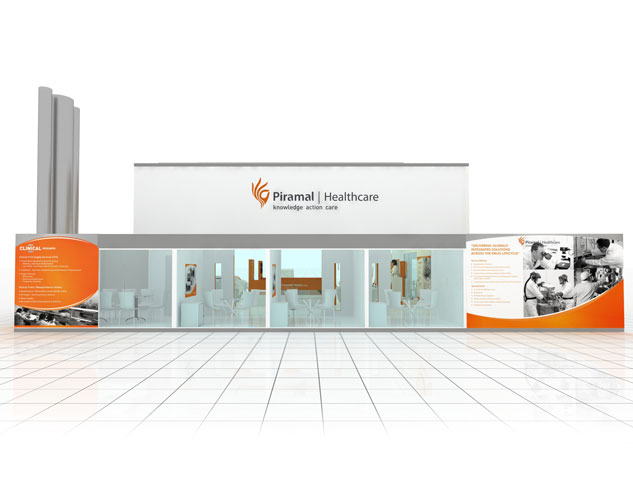 The Piramal Group is a diversified company with operations in more than 30 countries and brand-presence across many markets around the world. The Piramal Group has evolved from a textile-centric business to a diversified organization, which operates across sectors such as healthcare, life sciences, healthcare information management, real estate, etc.

At CPhI Worldwide, Paris 2014, we crafted a 19m x 15.5m. stand for Piramal. Eight vital business verticals were highlighted in the stand. For this we created circular carvings giving specifics about each vertical. The most intriguing aspect of these verticals was that they could be viewed from any angle of the stand.

Two logo's of 5m. each were put up in the stand creating the perfect brand impact on prospects. Approximately nine meeting rooms were set up for efficient and effective discussions to take place. The centre of the stand was treated as the lounge for inviting as many attendees as possible.

The ceiling was perfectly lighted with orange disc-shaped lamps and vivid white lighting. These lights beautifully featured each of the many graphics and standing vertical posters. The flooring was kept simple wooden in white. The radiant bright orange and rich white colours beautified the stand completely.

On the first show-day a 'Wine Festival' was organised wherein, French, Spanish, etc. were among the many wines served. The response to this marketing strategy was simply overwhelming! Our client was marvelled at the entire experience at CPhI Worldwide 2014!